Home / Carly and the reaperman 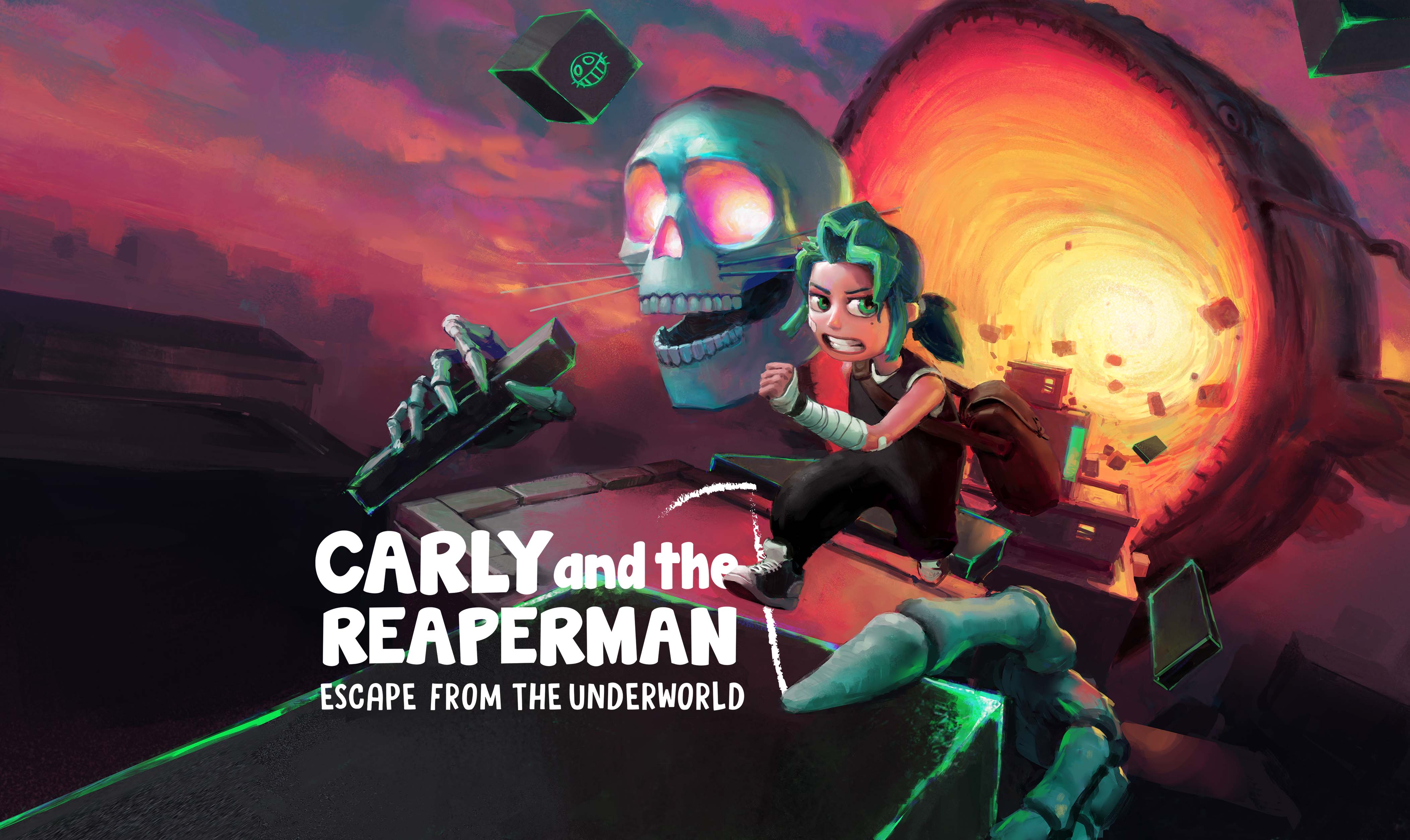 Step into the recently-dead shoes of Carly as you run and jump your way through incredible platforming challenges -- or take up the mantle of the Reaperman and change the environment around you in real-time to give Carly new places to explore, avoid dangerous obstacles, and help her to achieve the impossible.

Carly and the Reaperman is a unique VR co-op experience that balances brains and brawn as together, you puzzle your way through the insidious platforms of the Underworld.

Get Carly and the Reaperman on Oculus Quest now! What platforms are supported?

How many people can play?

Where can I purchase the game?

You can buy the game in the Oculus Store.

Is there voice chat in the game?

Does the game have a single player mode?

Yes - one player can control both Carly and the Reaperman on Quest, but multiplayer is highly recommended for the fun factor.

How many levels are there?

Is there cross-buy enabled on the Oculus Store?

Cross-buy is not available for this title.

This version of the game can be played on two Oculus Quests or on one Quest and one computer, with the latter available to join in the fun as Carly.

How do I start a multiplayer game?

One player has to host a room and the other player joins it. The host shares the room code with the joining player.

How do I control Carly in VR?

Check the image below!

Where can I report a bug?

You can report by submitting a support ticket

I have encountered a problem. Where can I get support for the game?

Check out our troubleshooting guide above to solve the most common problems. If that doesn’t help, please look at the previous point to submit a ticket.

Get the greatest and latest B2B news about Beyond Frames, our products and campaigns by signing up for the newsletter below.